The myth of AI in startups 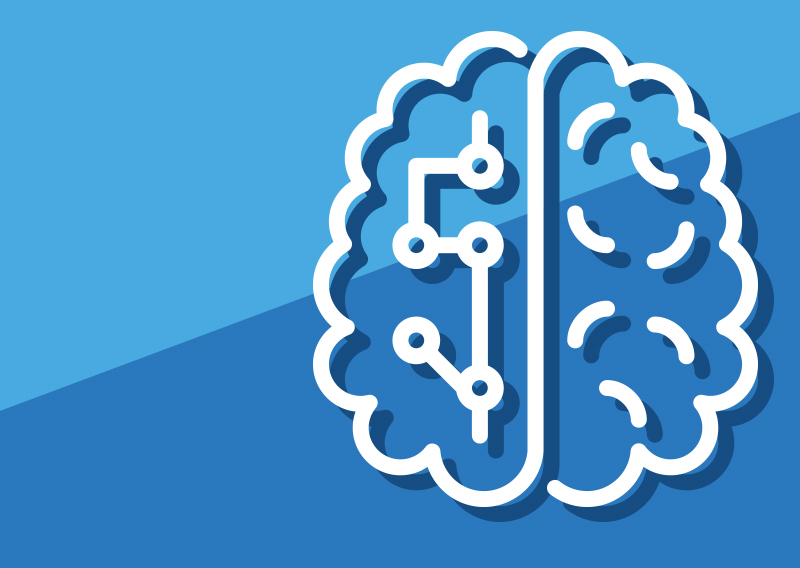 Technology is evolving by the second. Each passing day brings incredible new advancements across every industry: from brilliant biotech that pushes the boundaries of medicine and services to improve our quality of living, to the advancement of personal tech and our beloved devices.

Then, there’s AI. Artificial Intelligence challenges the very foundations of what it is to be human, because it was created not only think just like us, but better than us. (Fear not, we’re not quite in the realms of humanoid robots just yet…)

AI in 2019 relates more to supercomputers: incredible machine learning algorithms that are able to spot and identify patterns in gigantic global data sets, at speeds which are unfathomable for humans. It’s able to analyse vast stores information that are helping to change the world as we know it. Put simply, it makes the impossible, possible.

Trend obsessed VCs hoping to back the next big thing are constantly on the hunt for the latest craze – and AI is the most attractive, exciting one on the block. (With Blockchain still trailing closely behind in the rear view mirror.)

It’s no surprise, then, that startups which describe themselves as operating with some sort of “AI” receive 15% to 50% more funding than those who do not, according to a recent report by VC investor, MMC Ventures, which has £300 million under management and a portfolio of 34 companies.

Aforementioned VCs are ready to throw cash at groundbreaking tech that will take human existence to the next level, so that they can be a namesake in its evolution. Whilst unarguably brilliant, AI is the latest vanity project for many.

With all of the hype, startups have been clamouring to harness AI and secure this lucrative investment. However, the MMC report proves to be an incredibly interesting read. Page 99 of the document notes that out of the 2,830 tech companies it surveyed, a shocking 40 percent describing themselves as “AI startups” actually had no machine-learning tech at all. The report stated:

“We individually reviewed the activities, focus and funding of 2,830 purported AI startups in the 13 EU countries most active in AI… In approximately 60% of the cases – 1,580 companies – there was evidence of AI material to a company’s value proposition.”

It also found that the most popular uses of AI were chatbots, process automation tools which handle administrative tasks such as processing insurance claims and text and vision recognition tools.

“We looked at every company – their materials, their product, the website and product documents. In 40% of cases, we could find no mention of evidence of AI… Companies that people assume and think are AI companies are probably not.”

It’s fair to say, some of these startups weren’t necessarily promoting themselves as AI companies; they were being classified this way by certain analytics websites, but they weren’t rushing to correct them, either.

“I think in most cases [startups] will be aware of how they’re being classified,” Kelnar added. But there is little incentive to correct a listing, since it spells potentially less investment down the line and it can pay to brand yourself as being an AI company.

Our Co-founder and Global Head of Operations, Henry Boyson, agrees: “Having been in the conversion optimisation for many years now, we’ve seen an increasing number of AI claims from fledgling startups. We’ve not seen any real evidence of AI being used, but you can clearly see it works when needing VC funding.”

This eye-opening report by MMC gives a lot of food for thought. AI is undoubtedly the trend du jour, for investors and businesses alike. It’s so lucrative, in fact, that a news article recently uncovered certain businesses acting as AI companies, but actually outsourcing the work to large teams of people.

AI is still new and unfamiliar. It’s ambiguous – hard to define and quantify, which is why people are still able to take advantage of it. It’s incredibly important to not only tech, but to our world as a whole. It has the potential to push us into a new realm of human existence, with a deeper understanding of who we are.

With pseudo-AI on the rise and startups scrambling to cash in on this trend, the waters of tech and startup funding are becoming increasingly muddy – and things just might get worse before they get better.

We use cookies on our website to give you the most relevant experience by remembering your preferences and repeat visits. By clicking “Accept”, you consent to the use of ALL the cookies.
Cookie settingsACCEPT
Manage consent

This website uses cookies to improve your experience while you navigate through the website. Out of these, the cookies that are categorized as necessary are stored on your browser as they are essential for the working of basic functionalities of the website. We also use third-party cookies that help us analyze and understand how you use this website. These cookies will be stored in your browser only with your consent. You also have the option to opt-out of these cookies. But opting out of some of these cookies may affect your browsing experience.
Necessary Always Enabled
Necessary cookies are absolutely essential for the website to function properly. This category only includes cookies that ensures basic functionalities and security features of the website. These cookies do not store any personal information.
Non-necessary
Any cookies that may not be particularly necessary for the website to function and is used specifically to collect user personal data via analytics, ads, other embedded contents are termed as non-necessary cookies. It is mandatory to procure user consent prior to running these cookies on your website.
SAVE & ACCEPT